If the protest against police brutality in the United States is continuously being responded by police brutality rather than amendments and enactments of laws which are free of racial discrimination, the marginalized communities will continuously be at risk of further marginalization. The United States is considered by the vulnerable communities as the world police. The World police which is supposed to be fighting against police brutality should not in any way be brutal against in its citizens, they should not be practicing racial discrimination or any other form of rights violation. #JusticeForGoergeFloyd 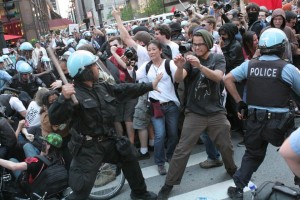